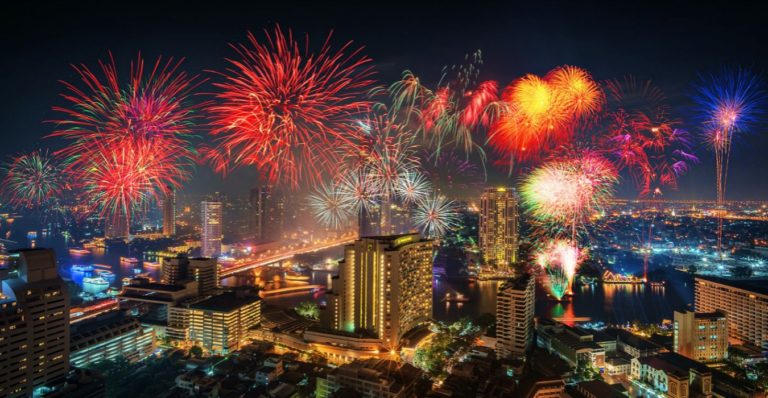 It’s Asia’s Largest Gay New Year Festival! For the second year running WHITE PARTY BANGKOK looks like it’s going to attract all the hottest guys from Asia and beyond. The three-day festival kicks off on NYE so get ready for one wild countdown to 2017. Seriously, if you’re a circuit queen you don’t want to miss this out. Check out who else is going to be there. For tickets and more info check out their website.

Fireworks on the most gorgeous rooftop in Kuala Lumpur, NYE could not get any better! DivineBliss at G Tower, KL’s No. 1 gay event is set and ready to “Reincarnate” for 2017’s countdown party. Featuring resident and international guest DJs for the night. Pre-sale tickets are available now!

2 parties back to back on 31 Dec 2016 & 1 Jan 2017. NYE countdown party up the decks this NYE on Robinson Road. Party starts from 5 pm till late, with smooth beats, to tasty BBQ bites through the night. Free Flow House Pours from 9 pm until midnight! Did we mention the “Recovery Session” poolside party for the following day? Special promotions & bookings are available here.

Keeping it classy, Sofitel Singapore Sentosa hosts its Countdown Party this year at its striking grandstand – The Stage – that stands alongside the resort’s 33-meter pool and against the majestic sea views. Groove through the night with a live band, guest DJ, and – the best yet – Open Bar with free-flow premium Champagne, Beers and Wines! Prices for free flow from $248++ per person and non-alcoholic tickets from $88++ per person. Tickets are available here.

If you are looking for a gay theme NYE check out Neil Road. Chinatown hosts a great range of gay bars, clubs and saunas, from pre-drinking & cocktails in DYMK, hit No.1 dance floor at Taboo, to dark mazes in ShoGun Sauna. However, don’t be surprised if many of the party regulars have flown to Bangkok for the holidays.

Taipei used to be gay Asia’s NYE go-to destination, this year it’s fighting back for its tiara. Get ready for a huge countdown show with an epic firework display at the top of Taipei’s iconic tower Taipei 101. Formosa NYE party features a festival dance mix from DJs and performances by some of Asia’s biggest heartthrob go-go dancers from 10:30 pm to 5 am. Tickets are available now, all the info on the Facebook event.
PS. Please note that there will be traffic controls after 7 pm near the Taipei 101 Building area. More details will be announced on 31 Dec, so stay up to date here.

Arty for the stylish boys, #GetBehind (love the hashtag) for this New Year’s Eve on Queen’s Road West, Wilmer Street. Join HK’s trendy crowd in the ultimate countdown party at the brand new venue – they say it will be bigger & better! Celebrate NYE in style with Champagne Perrier-Jouët packages. Entry is free with a valid RSVP., simply like their Facebook page or follow them on Instagram and click “Attending” on the page.

Tokyo lovers listen up! Club Asia in Shibuya is going to be huge for the final night of 2016! Countdown party featuring sexy performances, go-go dancers, and drag queens. The door opens from 9 pm to 5 am at Club Asia in Shibuya. Tickets are available now!

Because Seoul never sleeps! Especially at the city’s best-named street – Homo Hill, a well-known street among the LGBT community for gay nightlife in Itaewon. The small street that has it all to offer, from pre-drinking at Eat Me to pop dance floor at Soho or exploring the excitement between dance break in a dark room sauna Hyundae for some rest & fun as it’s located nearby the hill.

Nectar Nightclub is Manila’s hottest new opening! It’s the first and only LGBTQ luxury nightclub in The Philippines and is located at The Fort Strip, BGC. Expect the club to packed with Manila’s A list gays & international DJ-driven party go-ers. Hit the city real hard under the firework celebration to 2017!

Happy New Year Folks.
Stay in touch with The Gay Passport for the next best events!
Facebook | Instagram